How Deep Can Metal Detectors Detect? 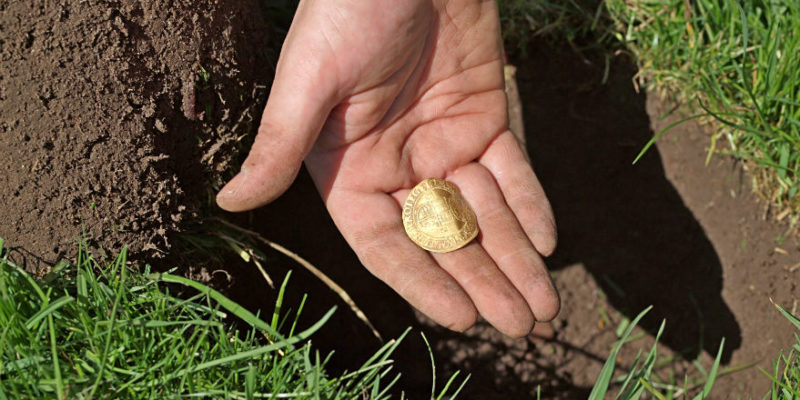 If you’re just about to embark on a new hobby as a metal detectorist, a gold nugget prospector or even an ancient relic hunter, then you’re going to want to know how deep your metal detector can detect. Not knowing what metal detector you’ve invested in, there isn’t going to be a clear-cut answer to that and besides which, even if we did know, we’d also need to factor in other external elements such as where you intend doing your exploring.

There are three key issues related to your metal detector of choice which will are necessary to understand when determining the likely depth that your sensor can reliably operate to. We’ll quickly mention price as with tech like this, generally speaking, the bigger the budget you have at your disposal for investment, the more likely you are to be able to hit the proverbial jackpot!

If you are serious about beginning a new life as a prospector somewhere off the beaten track, you’ll want the best equipment you can lay your hands on. For hobbyists and more recreational fun, then you should still be able to detect to decent depths as long as you’re aware of these three criteria.

As a general rule of thumb, the depth of detection available will be in direct correlation to the width of the coil your metal detector has or a little bit bigger than that. The larger the coil, the greater the depth. Note however that you may end up foregoing some of the accuracy and sensitivity to achieve a greater depth so ideally look for a unit that can tick both boxes.

Specifically, here we’re talking about the benefits of pulse versus beat technology. Pulse technology is less impacted by external factors such as mineralization and is more likely to allow you to search to deeper depths.

The metal detector you’ve purchased will operate at a specific frequency, so depending upon what and where you’ll be doing the vast majority of your exploring, you might opt for a high, low or an intermediate frequency. With high you have greater sensitivity but less depth, whereas concurrently with low you have greater depth but less accuracy. Decide which is more relevant to you. If you don’t want to be digging huge holes in the ground, then something with pinpoint technology and a lower frequency will save you time and energy.

External Factors Which Affect How Deep Metal Detectors Can Detect

There are several essential environmental elements which will directly impact your ability to detect deeper levels, no matter how efficient your unit is. Specifically, you should consider the following.

The physical depth of the metal object. Some may just be buried too deep for you ever to stand a chance of locating.

What type of soil is in the area also has an impact. The mineral content is one factor alongside whether the soil is compacted or much more aerated.

The angle and slope of the ground that you are covering also comes into play. If the object you’re looking to retrieve is buried somewhat on an angle, this can also make it more challenging to detect.

The physical size of the object is also of vital importance. Larger objects are far easier to detect at depth than smaller ones will ever be. If you’re prospecting for gold nuggets as opposed to hunting artifacts of historical significance, bare that point in mind.

The very type of metal that you are attempting to locate also has a big part to play. Some metals are by nature far more conducive than others and are also capable of being detected at a much deeper level buried in the ground than others.

Finally, Mother Nature and the amount of rainfall also can significantly impact your overall outcome and chances of success. The wetter the ground, the more difficult it is to detect deeper plus the other adverse effect of that damp ground is that any valuable objects that are hidden are likely to submerge even deeper into the rain-soaked ground over time.

If you think all of that sounds like bad news and a stumbling block to success, think again!

Depending upon what it is that you’re in search of, the great news is that items such as lost coins, jewelry and even relics from battlefields sit much shallower below the surface than you might have expected, even after the passing of time. In fact, it’s documented that even coins which are over 200 years old are highly unlikely to have sunk deeper than between just 3-20 cm.

It’s also worth pointing out that you stand a good chance of success and achieving greater depths if you are detecting at the beach on account of the aeration process which has taken place. Items may, however, have naturally submerged deeper because of the action of the waves so if beachcombing is your idea of fun, best to invest in a machine that is both waterproof and also capable to detecting to deeper depths.

Unfortunately, no metal detector manufacturer is going to be able to guarantee a depth on account of those internal and external factors which we’ve just discussed, but the below is a very rough guideline of what your average hobbyist metal detector should be capable of detecting.

How to Choose a Metal Detector

Can You Rent a Metal Detector?

How to Use a Metal Detector Settings: The Basics

Some recommended products may use affiliate links. TheMetalSearch.com is a participant in the Amazon Services LLC Associates Program, an affiliate advertising program designed to provide a means for sites to earn advertising fees by advertising and linking to Amazon.com. Amazon and the Amazon logo are trademarks of Amazon.com, Inc or its affiliates.